END_OF_DOCUMENT_TOKEN_TO_BE_REPLACED

The element of surprise has certainly shaken up news viewership in India. Here are some of the viewership trends experienced in the first few days of November: 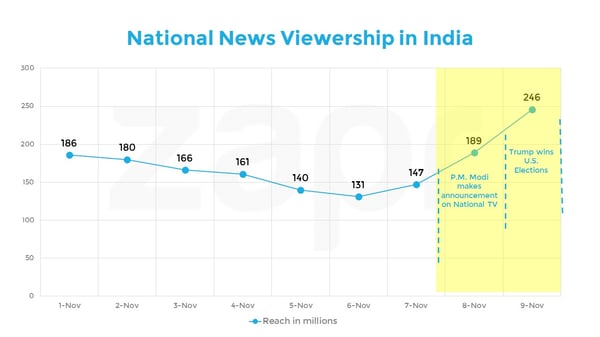 P.M Modi’s announcement was broadcast Live on Hindi and English news channels between 8:00 PM and 9:00 PM. The announcement caused a rising news viewership for the rest of the night. 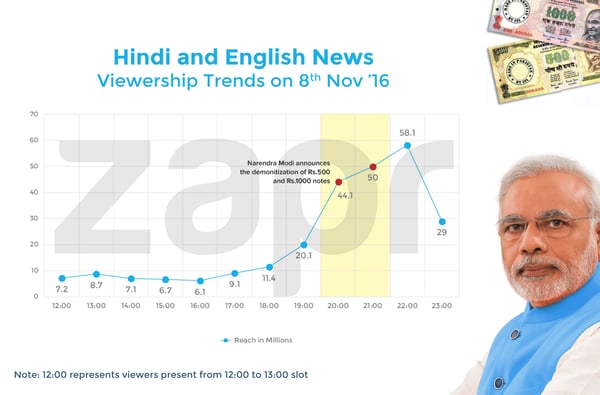 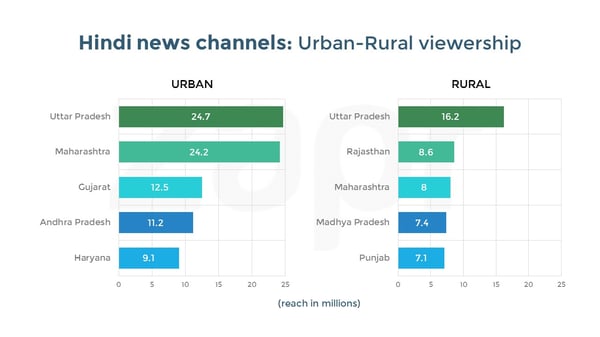 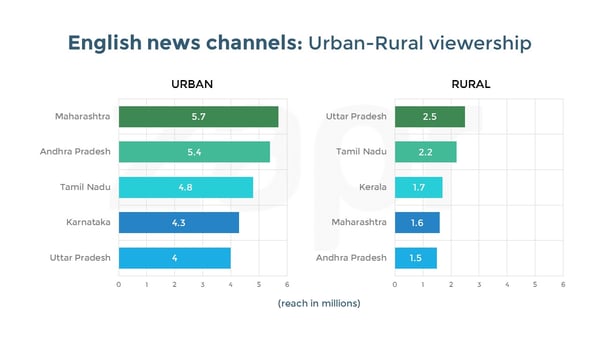 Interestingly, Delhi the capital of India witnessed the highest number of news viewers during the one hour telecast of Modi’s announcement - 2.3 million viewers. Mumbai followed with 2 million and Bangalore with 1.3 million viewers. 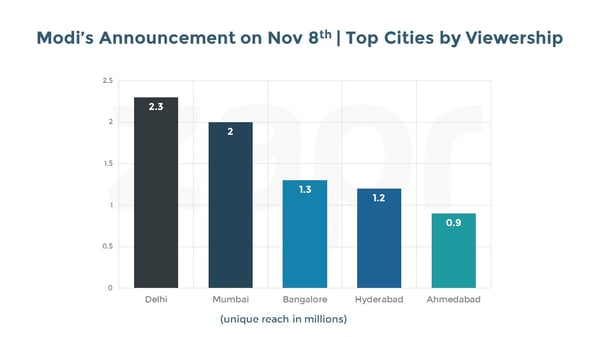 The U.S. Election Results covered Live on 9th November contributed to a continued high viewership for national news channels in India. The day witnessed 29 million viewers between 1:00 PM and 2:00 PM during which the final election results were out declaring Donald Trump as the new President of the United States. 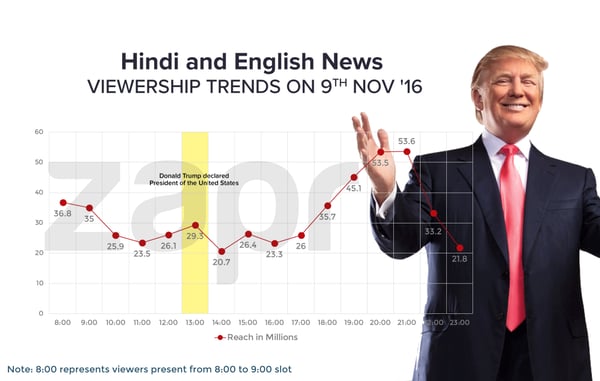 The city of Mumbai witnessed the highest news viewership on November 9th between 1:00 PM and 2:00 PM when Trump won the elections - 1.5 million unique TV viewers. 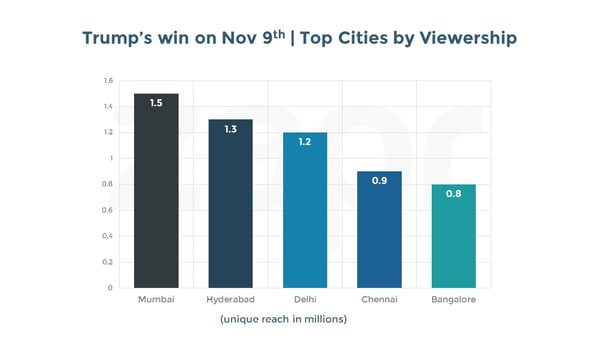 [Read more on the ‘Premium Audiences’ who watched the U.S. Presidential debates here.]

With millions of TV viewers all over India tuned in to watch the news on pivotal days like these, Zapr’s TV-to-Mobile technology allows TV broadcasters and brands to identify smartphone users who are watching Television and push out relevant content to these individuals.