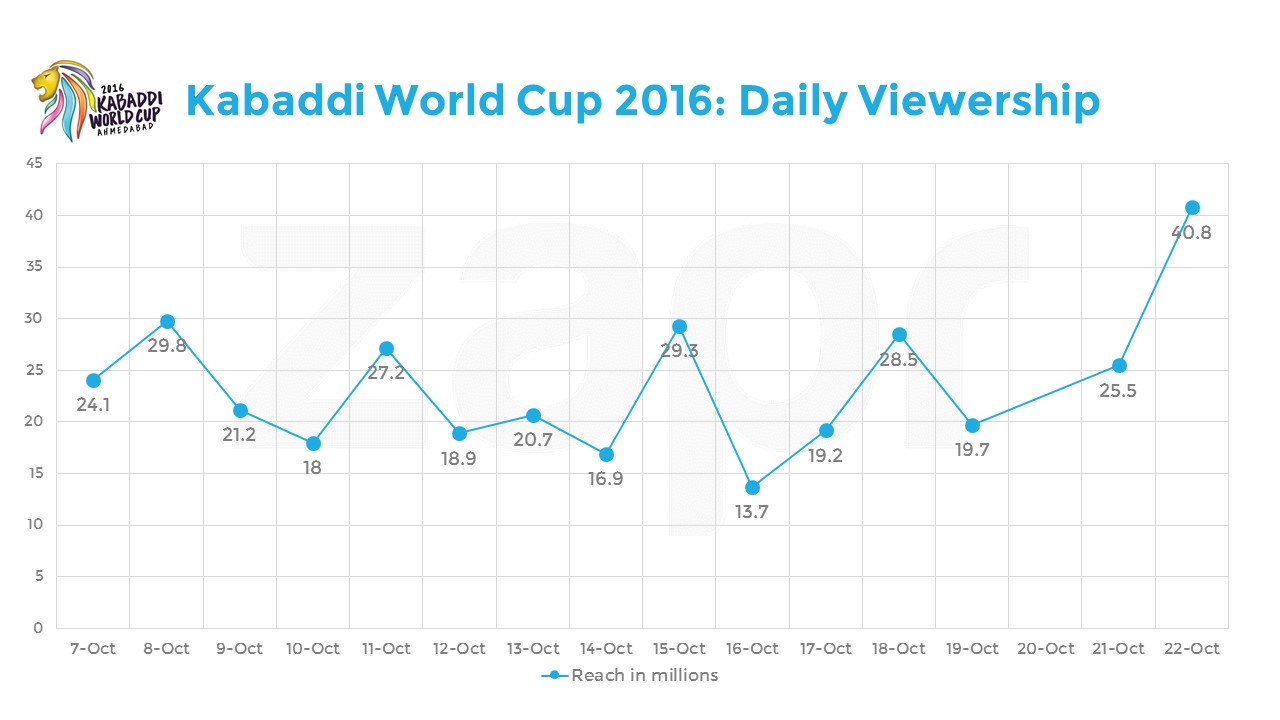 END_OF_DOCUMENT_TOKEN_TO_BE_REPLACED

After nine years of no play, the Kabaddi World Cup is back this year, and for the first time - broadcast LIVE on Indian Television. Witnessing the Indian Kabaddi Team’s third consecutive win in the World Cup, the tournament garnered a massive viewership of 74 million unique TV viewers in India.

In a show of huge support from fans, the average viewership was 57% higher on days when the Indian Team played: 8th, 11th, 15th, 18th, 21st (semi-finals) and 22nd (finals). As seen in the graph below, these specific days experienced peaks in viewership. 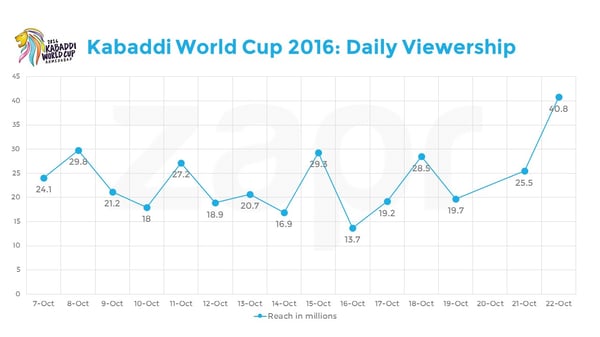 An average of 28 million TV viewers watched the Indian team make their way to the finals.

The final match between India and Iran on 22nd Oct garnered the highest viewership in the tournament - 40.8 million viewers. 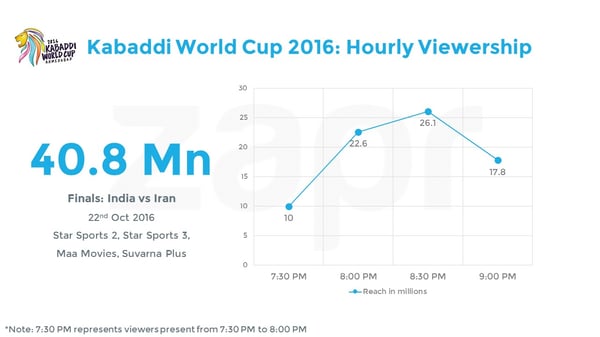 The Kabaddi World Cup received good viewership from both urban and rural audiences across different states in India. Andhra Pradesh had the highest number of both urban (9.5 million) and rural viewers (5.5 million) watching the tournament on Television.

The state of Tamil Nadu saw the smallest difference in viewership among urban and rural audiences - 3.2 million urban viewers and 2.9 rural viewers. Gujarat, which hosted the tournament in the city of Ahmedabad, also featured in the top five states with the highest number of urban viewers - 2.5 million. 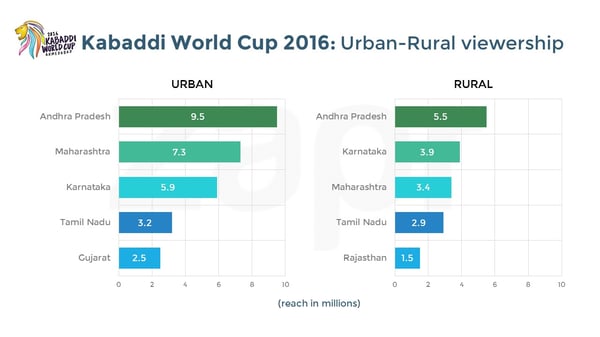 In terms of viewership, Kabaddi viewership is certainly growing, and rapidly catching up with other popular sport-leagues in the country. Moreover, the sport viewership overlaps below reveal that the Kabaddi World Cup was evidently viewed by what brand advertisers consider a ‘Sport Audience’ segment in India. 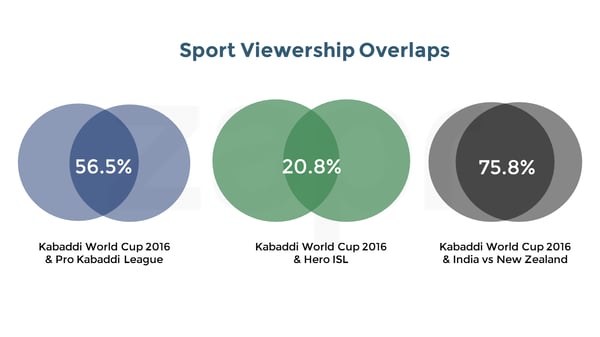 While more than half (56.5%) of the Kabaddi World Cup viewers previously watched the Pro Kabaddi League, the tournament also had significant viewership overlaps with other sport telecasts on Television:

These individuals who watch a lot of sport content on Television are most likely to have positive responses towards brands and products associated with certain sports and sport personalities.

Using Zapr’s TV-to-Mobile platform, sport viewers can be identified and targeted for various sport related brands and products, all on the smartphone.