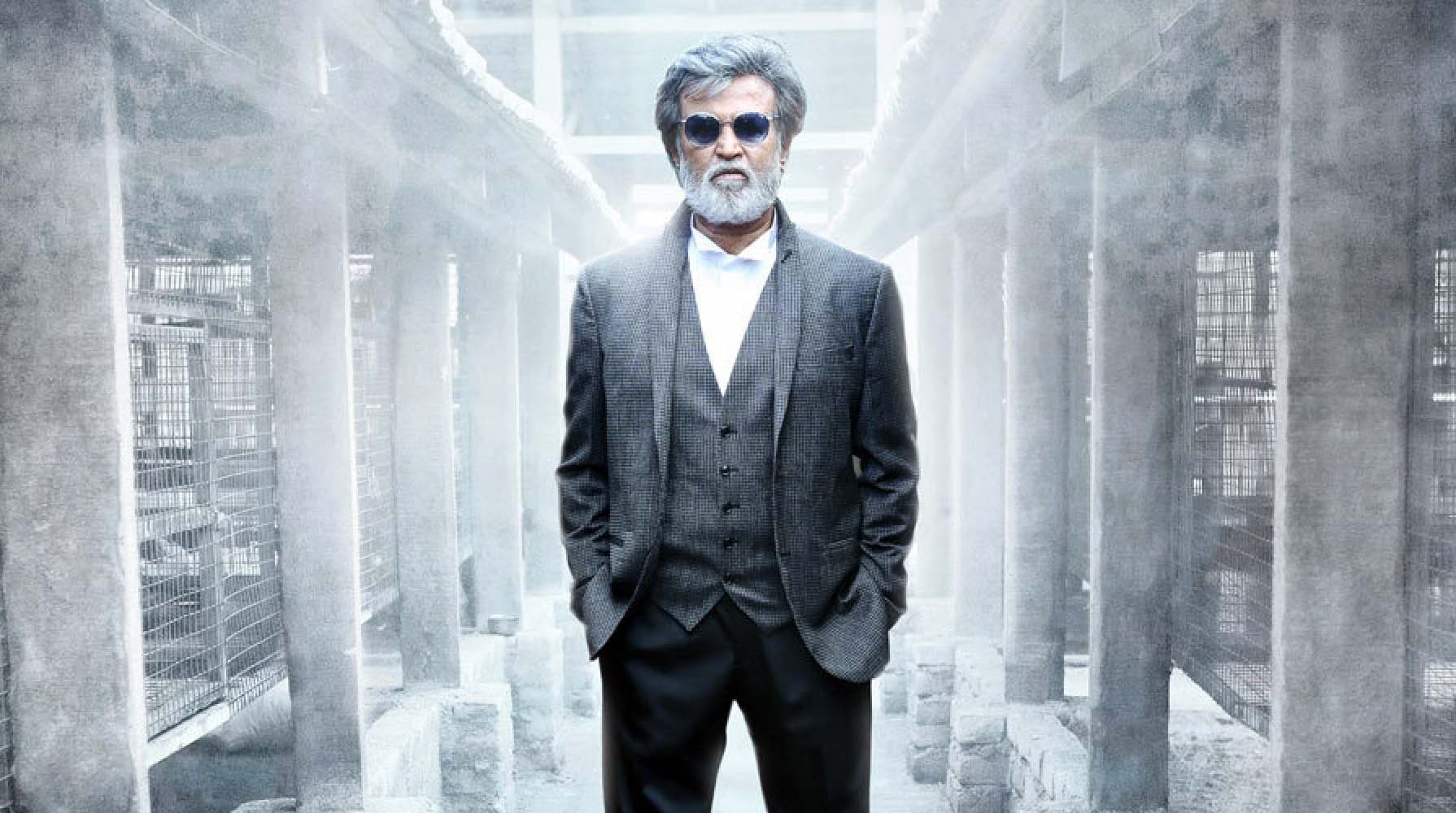 END_OF_DOCUMENT_TOKEN_TO_BE_REPLACED

Following immense release hype characteristic of a Rajinikanth movie, the TV premieres of ‘Kabali’ in different regional languages have garnered massive viewership not only in South India but all over the country!

Check out the viewership trends across different regional channels: 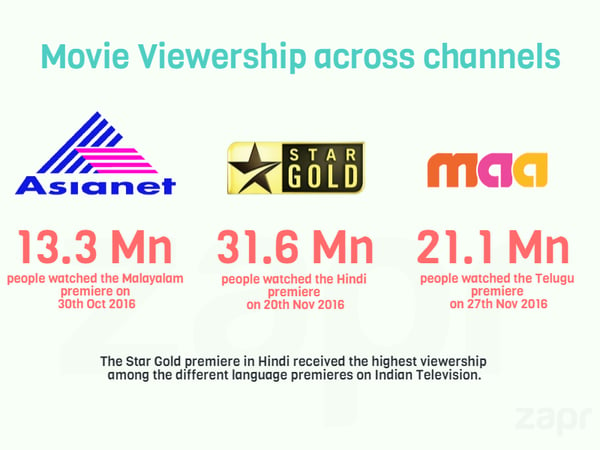 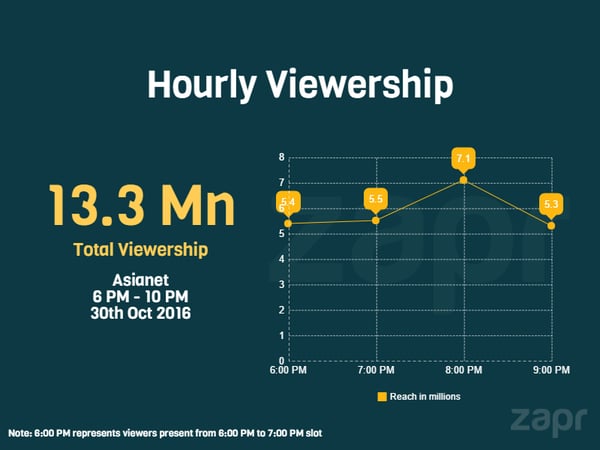 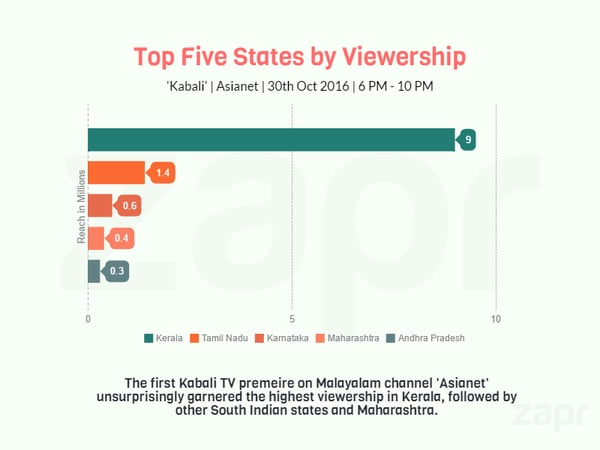 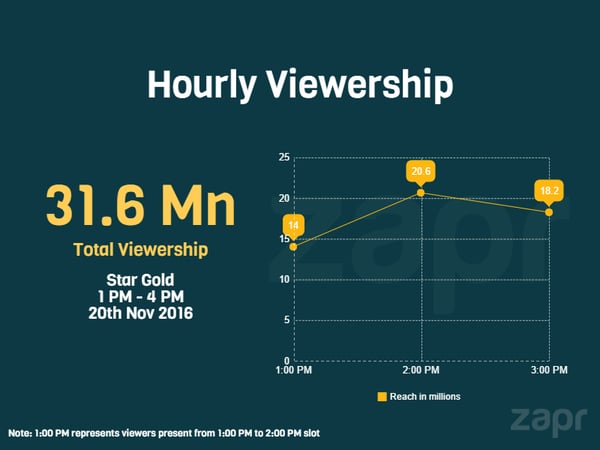 Interestingly,  Karnataka was the only South Indian state which featured in the Top 5 states for the Hindi premiere of the movie. 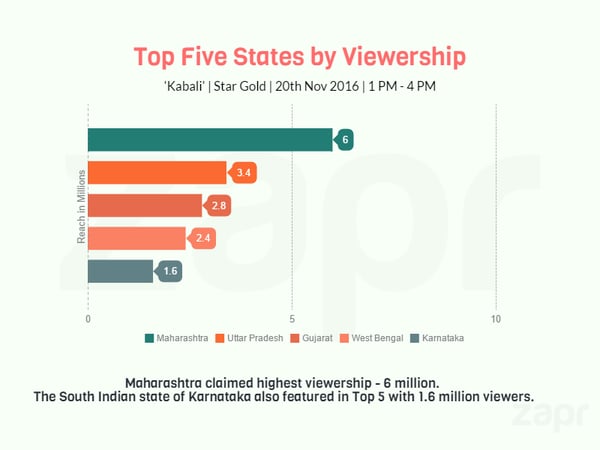 As seen in the graph below, the telecast received the most consistent viewership out of all three language premieres. 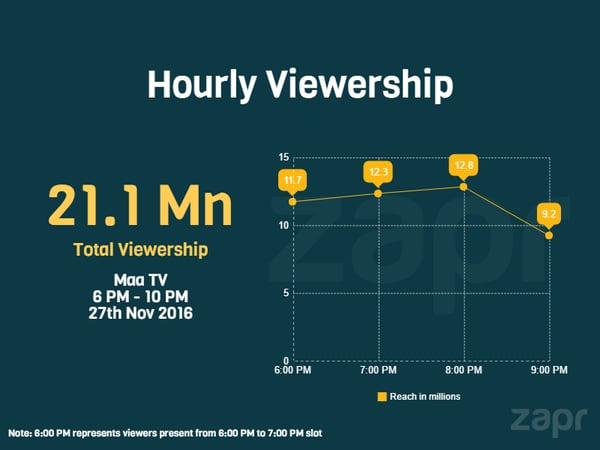 Interestingly, Orissa which has the sixth largest Telugu speaking population in India also featured in the Top 5 states with o.1 million viewers. 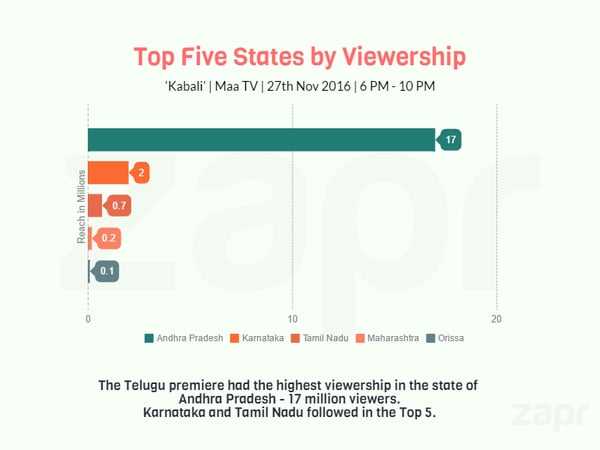 Many businesses had vigorously grabbed the opportunity to engage with Rajini fans - from Kabali themed aircraft ferrying fans to catch the movie release in Chennai to silver coins carrying the actor's image.

Now brands can identify Rajinikanth fans and reach out to them anytime by leveraging Zapr's TV-to-Mobile Targeting platform.

Broadcasters can leverage these insights to understand their channel's performance on specific events and special telecasts.