Was The Jungle Book TV premiere a bigger hit in English or Hindi? 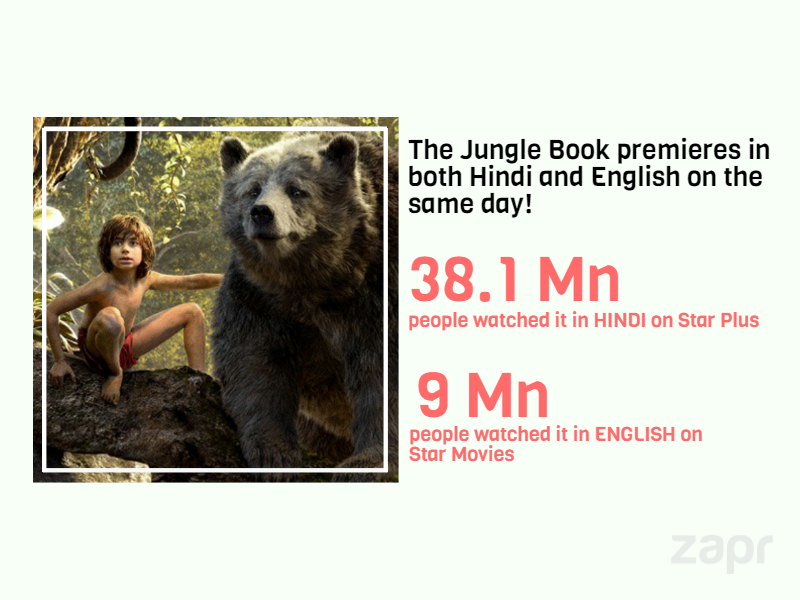 END_OF_DOCUMENT_TOKEN_TO_BE_REPLACED

Was The Jungle Book TV premiere a bigger hit in English or Hindi?

The latest Disney adaptation of Mowgli's adventures in the jungle has finally reached Indian Television and the viewership looks great.

Both English and Hindi versions of the movie premiered on the same day - 27th Nov 2016. Here's how the telecasts performed. 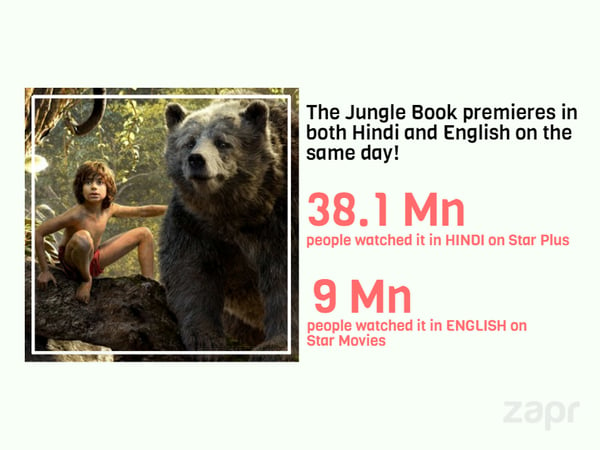 The original English version premiered on Star Movies in the afternoon. The repeat telecast aired at 9 PM on the same channel. Both telecasts together garnered 9 million unique viewers. 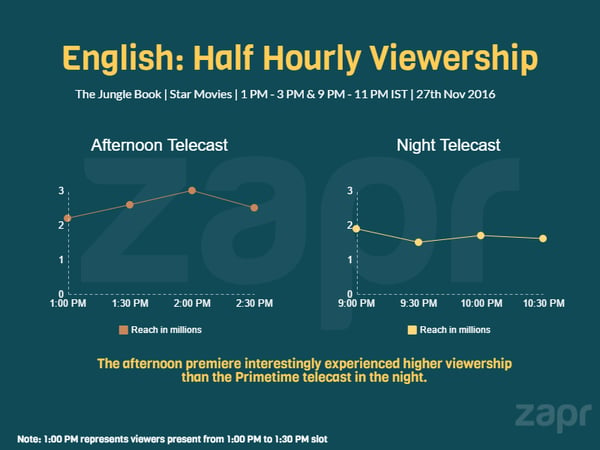 Interestingly a significant 28% of people who watched the English premiere of The Jungle Book came back at 9 PM to watch the same movie but aired in Hindi! 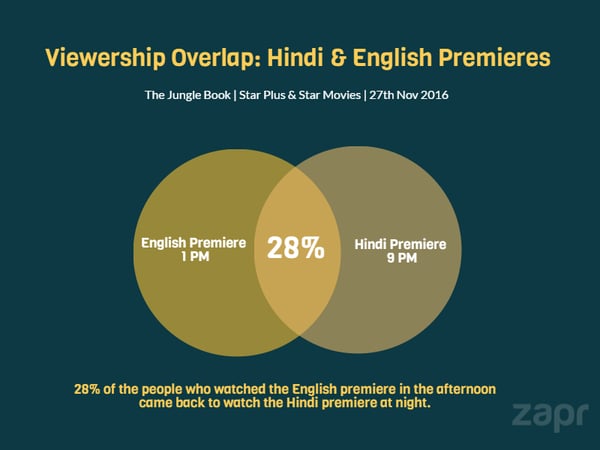 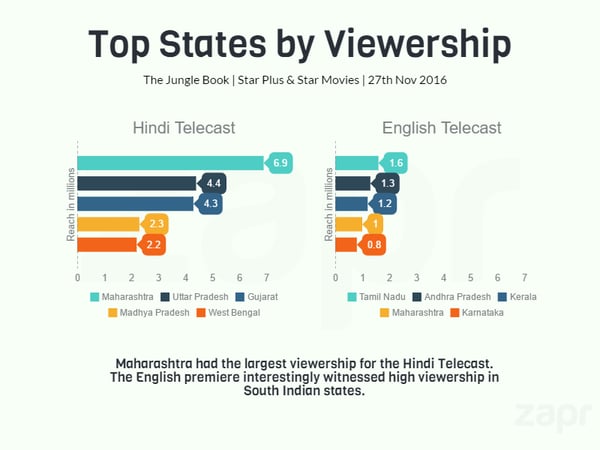