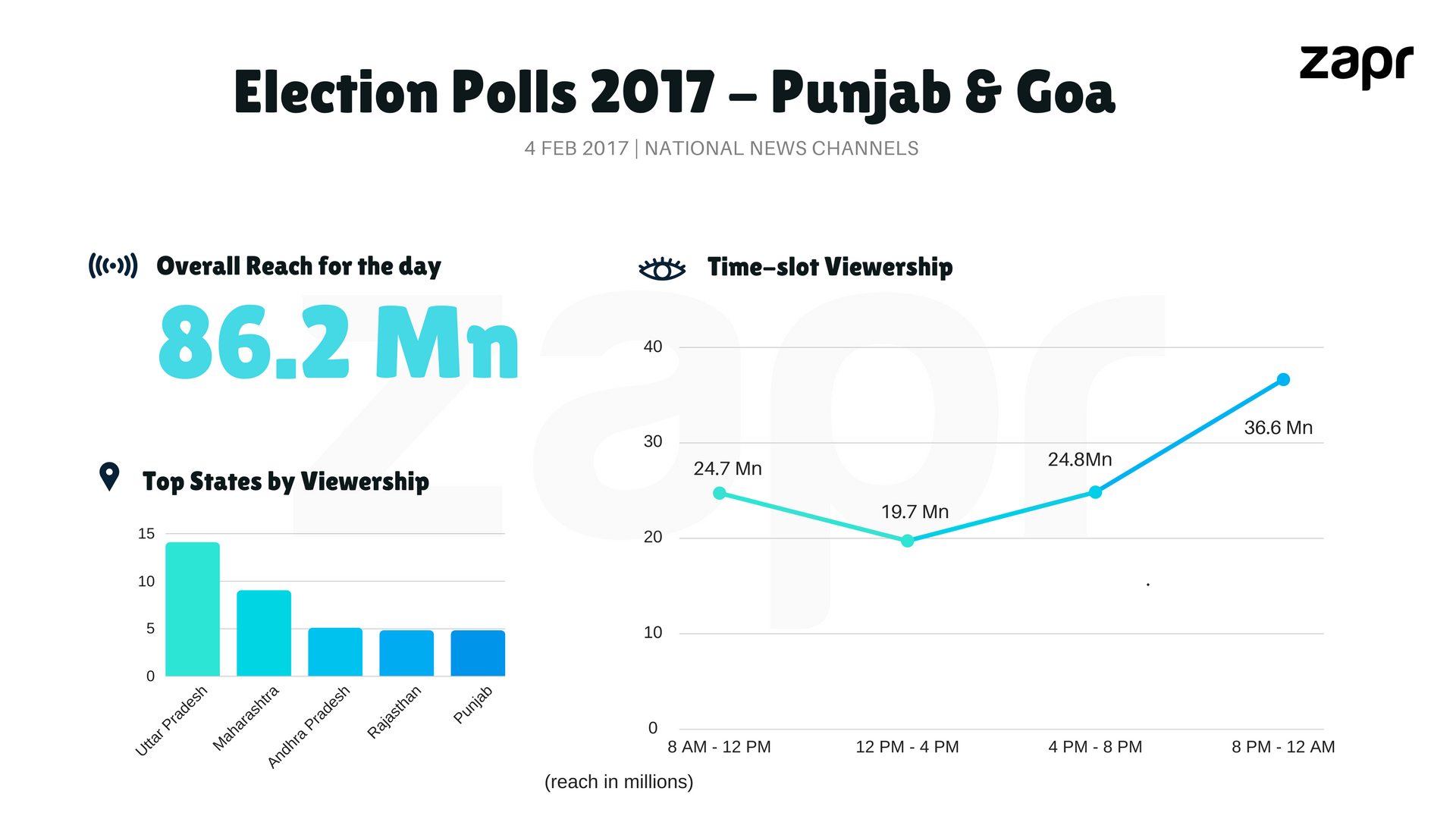 END_OF_DOCUMENT_TOKEN_TO_BE_REPLACED

National news channels in India had an overall reach of 86.2 million unique viewers on 4th Feb 2017 - poll day for elections in both Punjab and Goa.

News viewership kicked off with 24.7 million between 8 AM - 12 PM during which voting polls opened in both states. Zapr tracked highest news reach of 36.6 million during Primetime 8 PM - 12 AM. 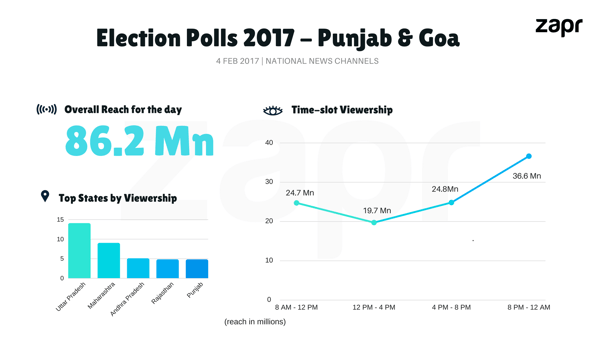 Punjab had 4.8 million unique individuals watching national news placing it among the top five states with highest viewership on poll day, whereas Goa had 0.47 million unique viewers tuned in.