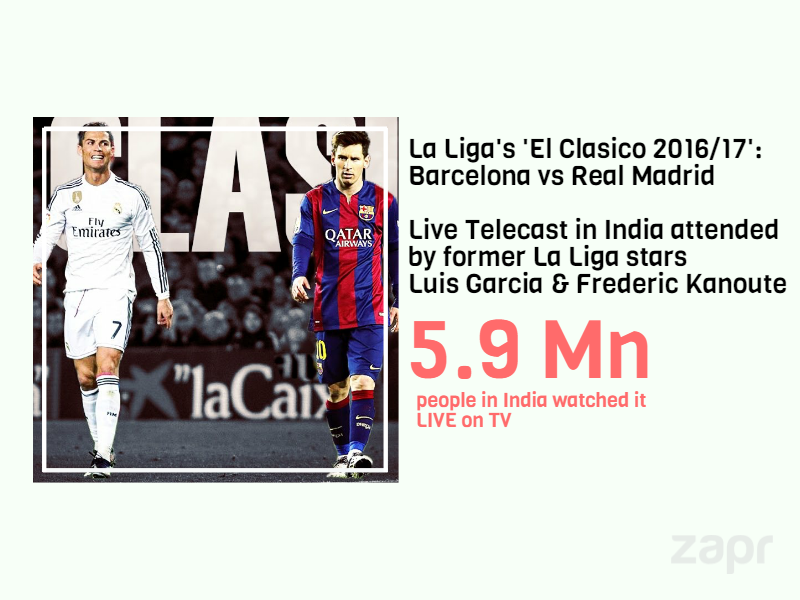 END_OF_DOCUMENT_TOKEN_TO_BE_REPLACED

Aired live on Sony ESPN and Sony Six, the match garnered an overall viewership of 5.9 Mn viewers in India - much higher than the opening day viewership received by other international Live Football telecasts like UEFA Euro and Premier Futsal League. 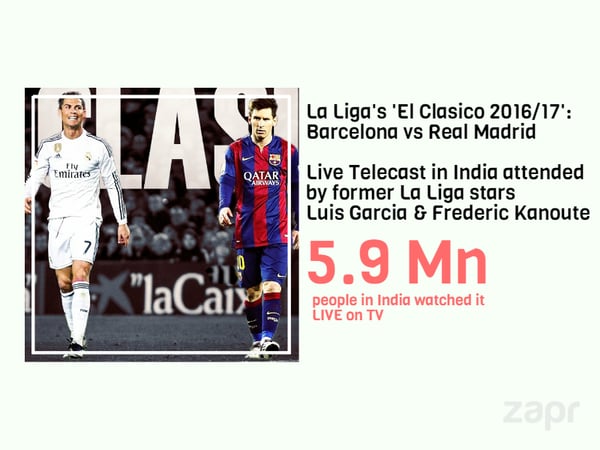 Let's look at the hourly and geographic reach of the match: 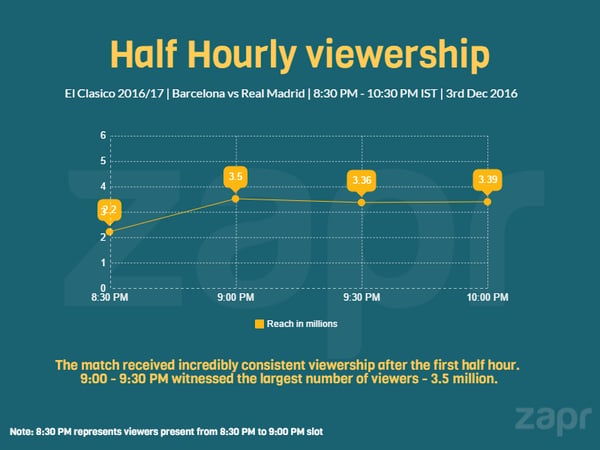 The city of Kolkata, popularly known as the hub of Indian Football, witnessed the highest viewership. Mumbai which hosted former La Liga star Frederic Kanoute at the open air telecast also featured in the Top 5 cities. 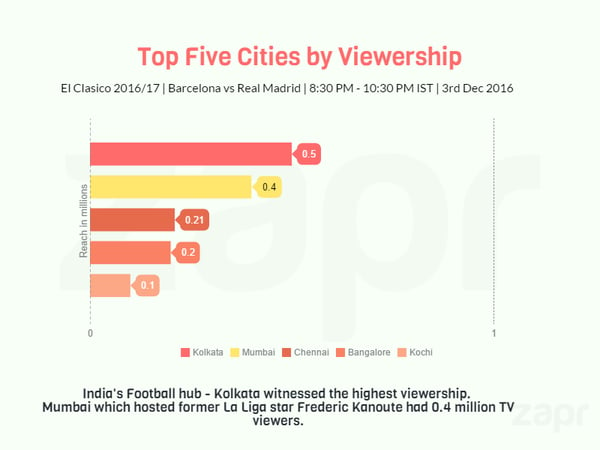