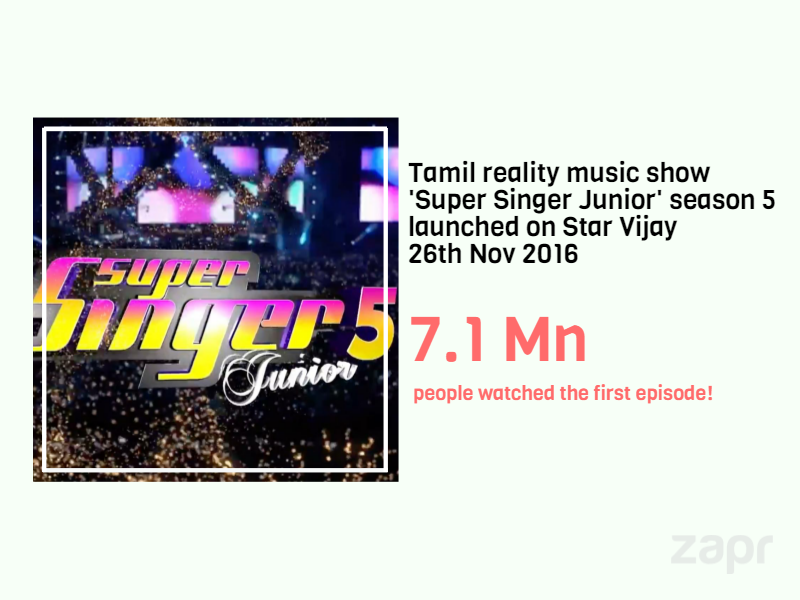 END_OF_DOCUMENT_TOKEN_TO_BE_REPLACED

'Super Singer Junior' is back with a bang! The Tamil reality show, now in Season 5, continues to be popular with viewers across South India.

Here's a quick look at Zapr Media Lab's analysis of the show's viewership:

A 15 minute viewership breakdown of the first episode reveals that the show has kept audiences consistently hooked throughout the show's duration. 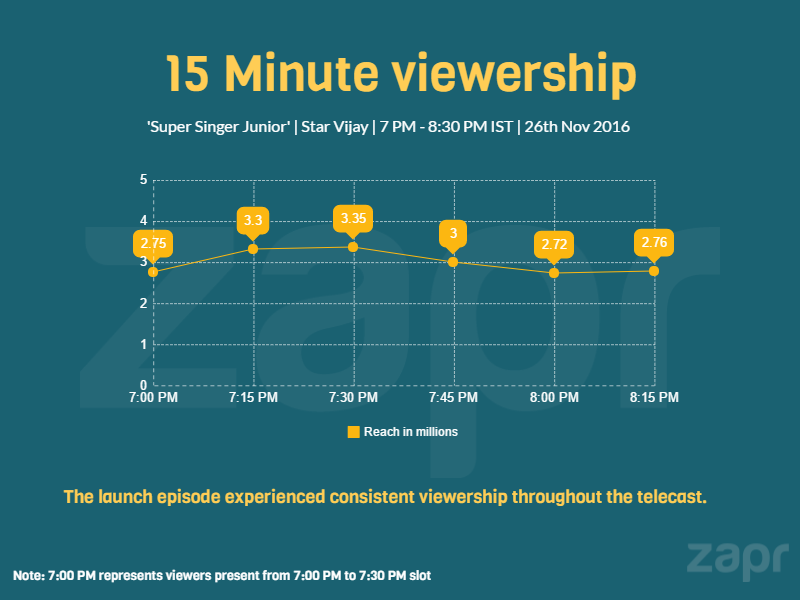 The first two episodes of the season received the highest viewership - 7.1 million and 7.2 million viewers respectively. 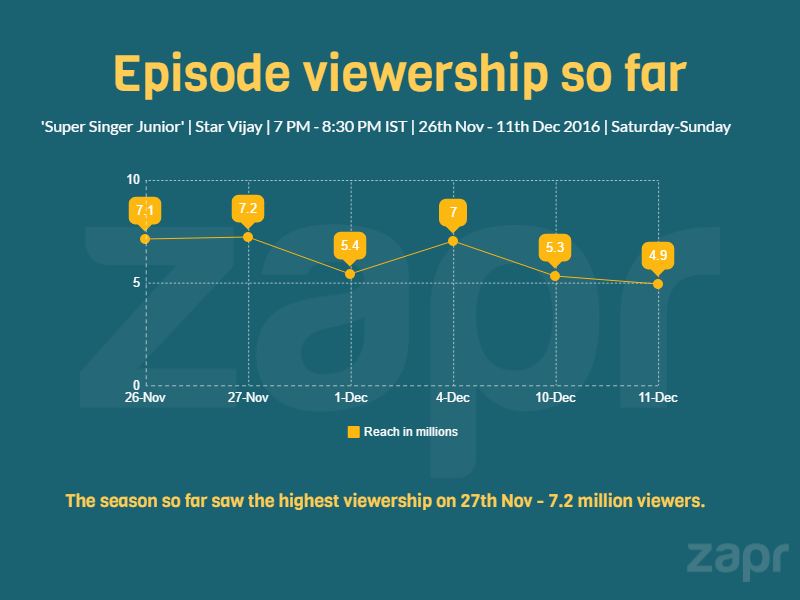 Further corroborating the show's ability to capture audience loyalty - almost double of the viewers who watched the first episode (47.2%) came back to watch the second episode on the very next day! 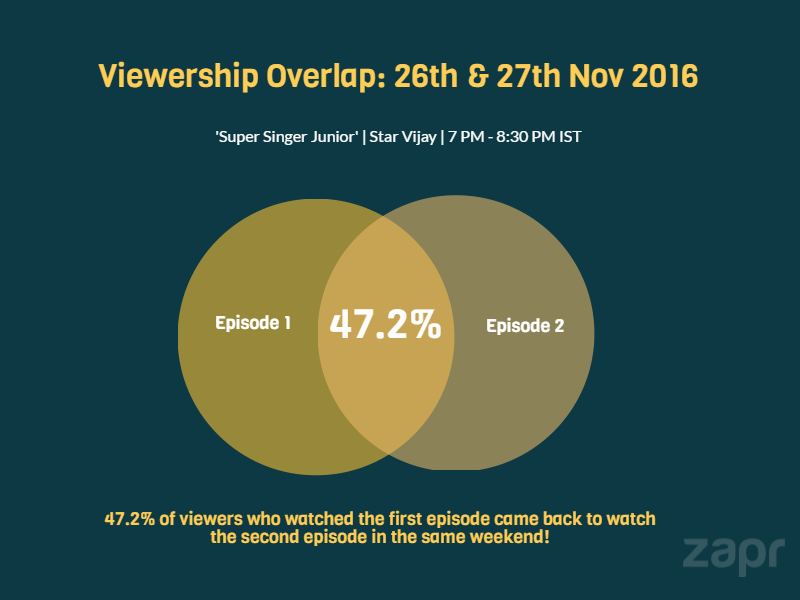