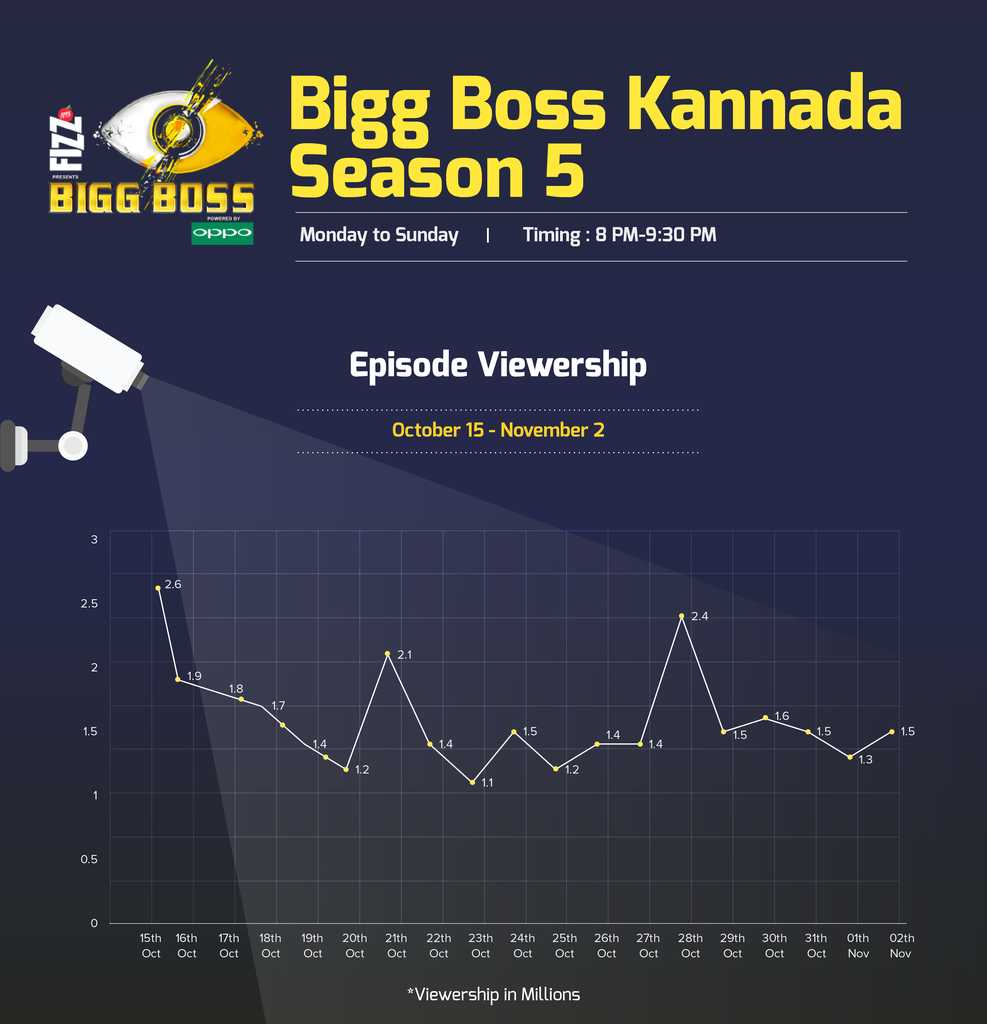 END_OF_DOCUMENT_TOKEN_TO_BE_REPLACED

Following its Hindi counterpart, the new season opened doors to 6 common participants alongside celebrities. The new formula has pulled in massive urban audiences across South India’s TV population, and has seen migration from viewers of other regional variants such as Bigg Boss Tamil and Bigg Boss Telugu!

We mapped out viewership across episodes; audience overlaps and migration from other South Indian TV shows to Bigg Boss Kannada. Zapr’s precise geolocation technology provided an urban-rural viewership split that reveals a high affinity for the show among urban audiences.

Let us take a look:

The show witnessed an average viewership of 1.6 million for each episode in the period considered in this study. The chart below indicates the day-to-day viewership of Bigg Boss Kannada in millions:

Amidst all the noise, Bigg Boss Kannada experiences high show-stickiness:

Despite the alluring call of other favourite prime time shows on television, viewers of Bigg Boss Kannada are hooked: 42.50% who watched the opening episode came back the very next day! An average of  45.73% overlap was recorded between consecutive episodes in the initial three days of the show, meaning more than half of those who watched an episode tuned in the next day as well, indicating strong loyalty to the show. 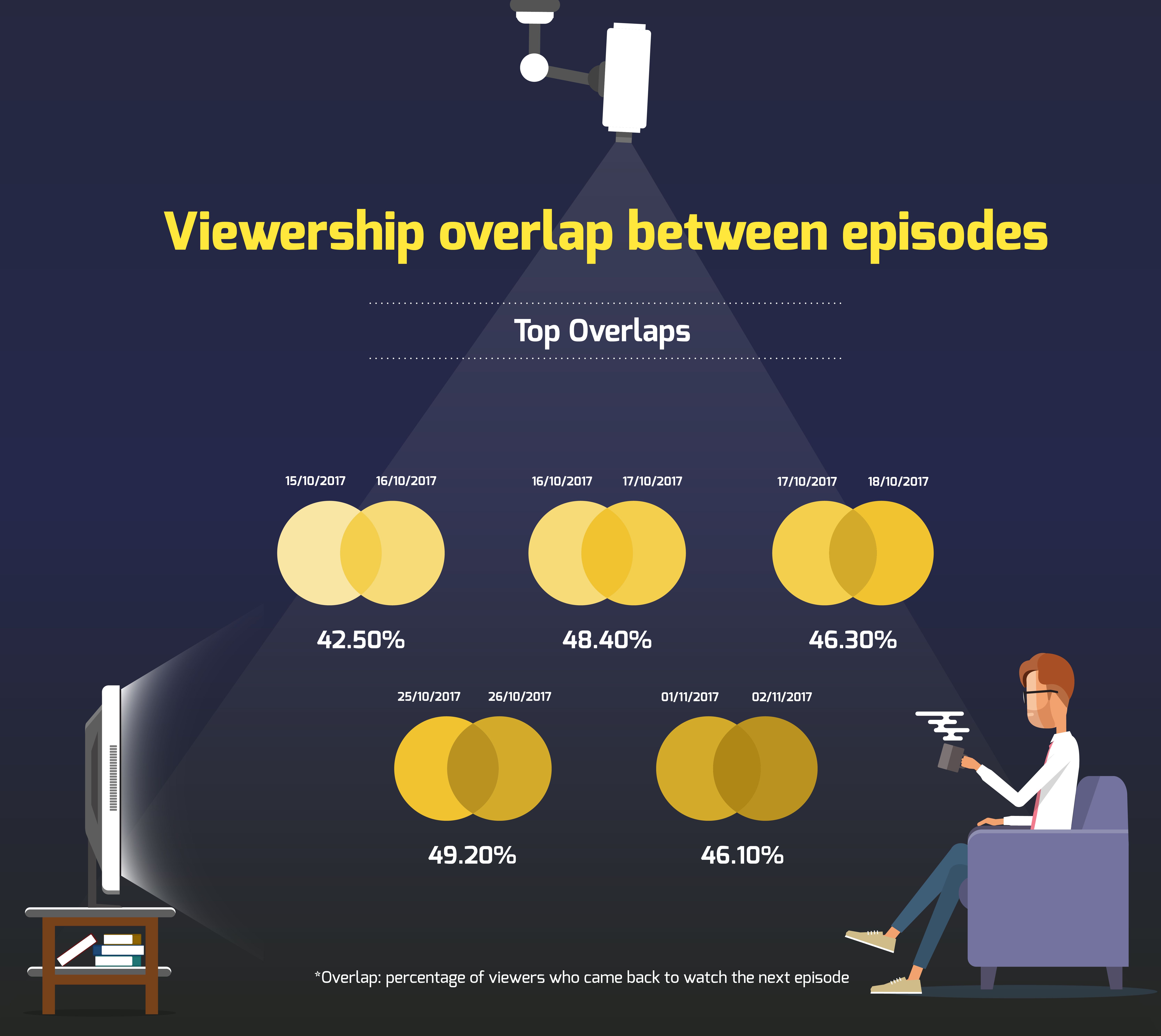 Zapr analytics for Bigg Boss Kannada reveals heavy migration from other South Indian regional shows which aired at the same time on the same days. The largest migration happened from other Kannada serials Agnisakshi (42.60%) followed by Drama Juniors (36.30%). Our platform also reveals audience migration from the debut seasons of Bigg Boss Tamil (2.40%) and Telugu (2.30%). 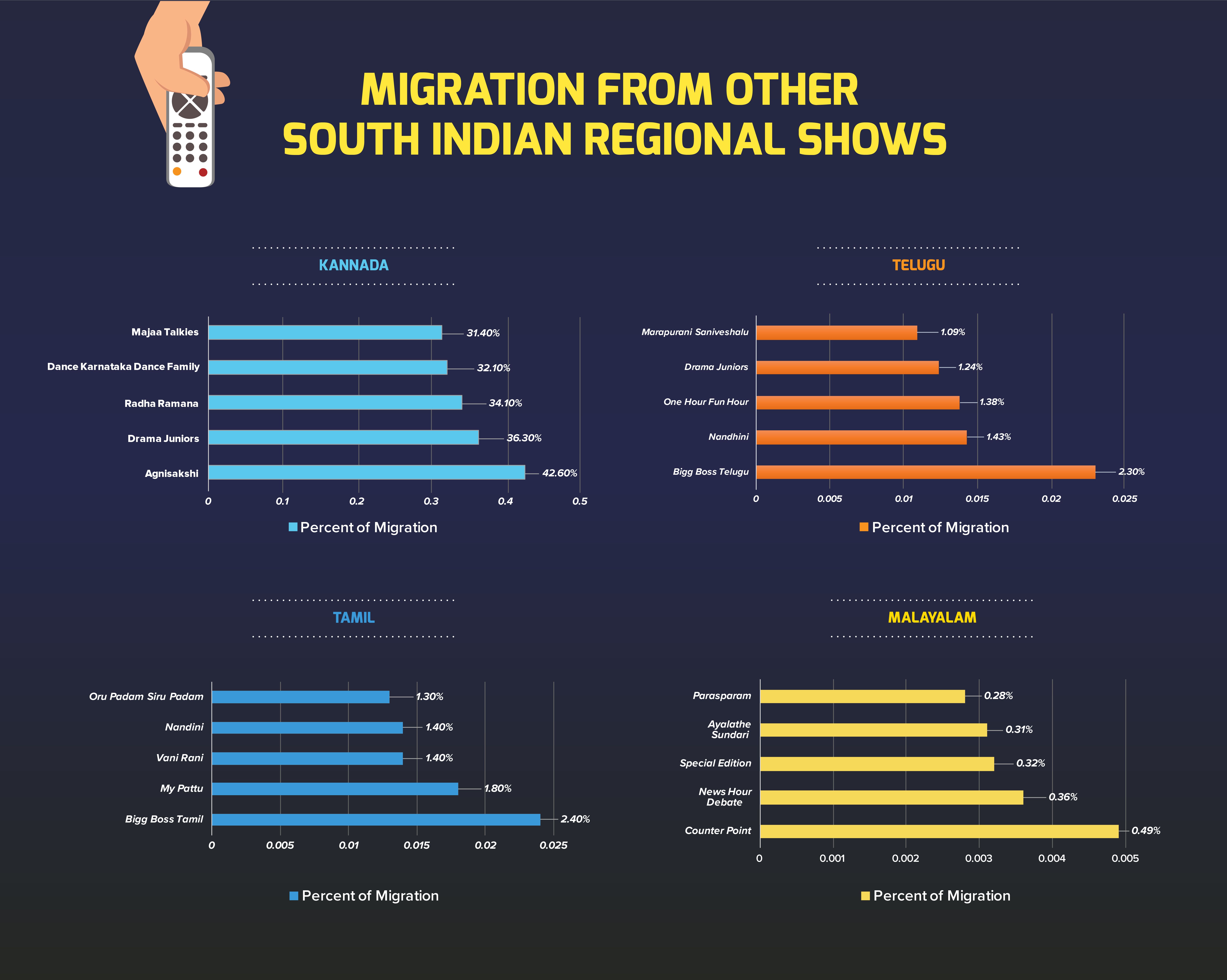 Marketers can engage viewers of Bigg Boss Kannada or any other TV show, and target promos and commercials to unique users using Zapr's TV-to-Mobile platform. Reach out to us directly on hello@zapr.in for your next media plan!