END_OF_DOCUMENT_TOKEN_TO_BE_REPLACED

New Zealand’s Cricket tour of India coincided perfectly with the Diwali festivities: the Test matches followed by India’s glaring victory at the ODIs attracted a massive viewership of 200 million unique TV viewers in India. In a show of high viewership loyalty, 69% of viewers watched both the Test series and ODIs.

The ODI game format garnered 64% higher viewership than the Test matches, even rivalling the viewership numbers of the world’s largest viewed cricket league - the IPL.

Here are some of the India vs New Zealand Cricket tour’s viewership trends: 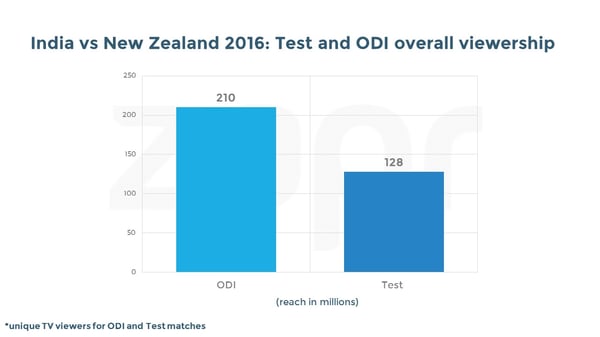 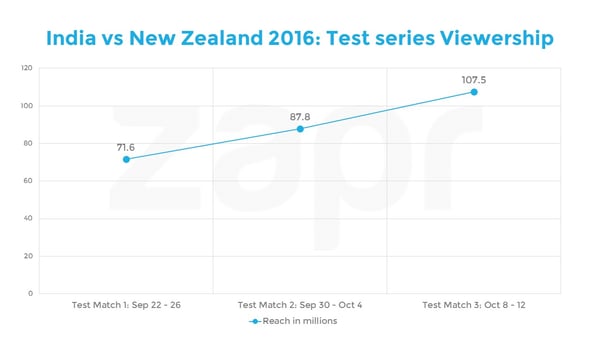 Maharashtra, Tamil Nadu and Andhra Pradesh were the Top 3 states with the largest number of viewers tuned in for the entire Test series. 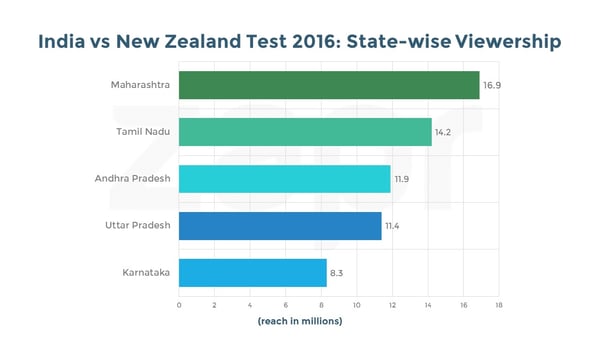 Viewership for the ODIs was not only higher than Test matches but also more consistent throughout the five days. 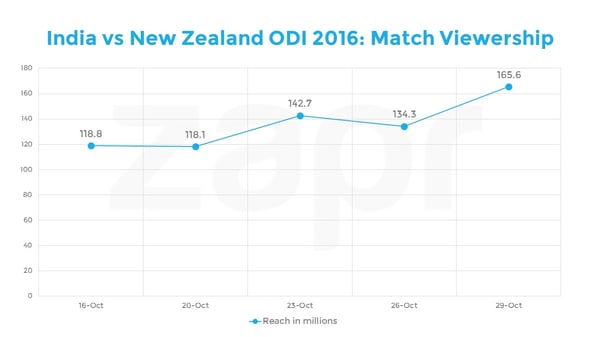 The fifth and final ODI on 29th October garnered the highest number of viewers in the series - 165.6 Million. Certain spikes in the day’s viewership were corroborated by crucial moments in the match:

Between 4:00 PM and 5:00 PM, 63.3 million viewers watched Virat Kohli score an impressive half century in 62 balls. In the last hour of the match, 75.9 million Indian viewers watched the New Zealand team get bowled out as Amit Mishra broke record for the highest number of wickets in a five-match ODI series. 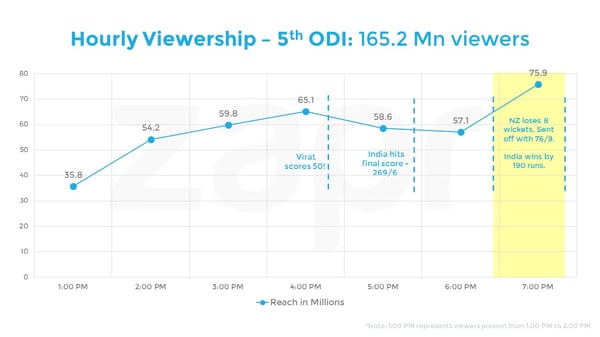 The ODI viewership distribution across different states experienced a trend similar to the Test matches. The same states made it to Top Five: Maharashtra had the largest viewership with 25.7 million viewers, Tamil Nadu followed with 22.3 million and Uttar Pradesh with 21.7 million viewers. 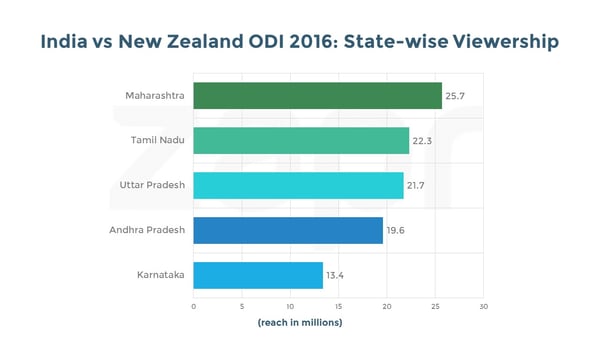 In addition to these viewership breakdowns, we also analyse specific viewership overlaps at Zapr Media Labs: do these viewers watch other Cricket tournaments? Do they generally consume a lot of Sport content?