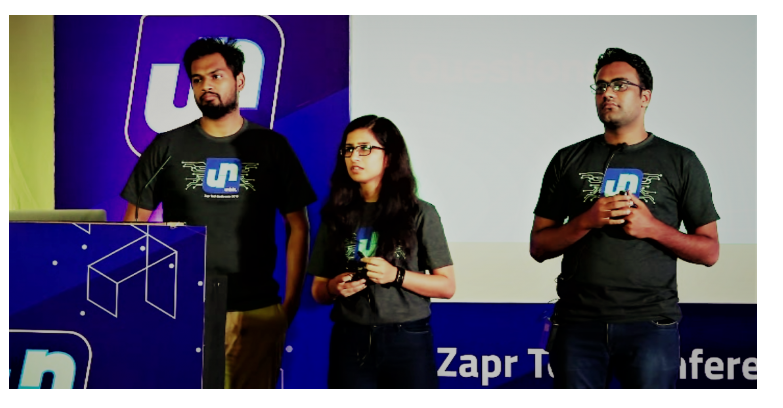 END_OF_DOCUMENT_TOKEN_TO_BE_REPLACED

These questions are ubiquitous among media planners during brand campaigns. As online advertising has drastically changed over the last decade or so, it has become imperative for media planners to have an optimized campaign plan for targeting the right buyer personas. But how do they build that?

At UNBLT 2019, Zapr’s annual tech conference, our cross-functional team of engineers, product managers, and data scientists spoke at length about the change in advertising paradigm along with highlighting the keynotes to build an effective media campaign. The colloquium also covered the list of our upcoming products along with underlining the architecture and uniqueness behind them.

To pen down this insightful event, we will present a series of blogs called the ‘UNBLT series’ that will feature the keynotes of each of the topic covered at the two-day event. The first in the list is Media Plan Optimization where Aman Goel, Pooja Sharma, and Nitin Agarwal talked about the importance of effective media planning to supplement the potency of advertising campaigns. Project Thanos – As they call it, dives deep into Zapr’s media plan optimization (MPO) methodology along with walking through the whole ecosystem of media planning. And today, MPO is important because Indian brands spend close to 25 thousand crores during ad campaigns on television. So, even minimal savings in advertisement can be a surplus amount which can be used to achieve other business objectives.

The three pillars of Project Thanos also mentioned how reaching the target audience is paramount to success in today’s competitive era. To substantiate the statement, they also gave an example. Today, we have close to 300 channels running 30 days a month with 36 ad slots every day. This gives us a possible 2^(300*30*36) ad spots which is a humongous number to plan advertising campaigns. And with this data, it becomes intricate for media planners to find out the most optimal ad spots for advertisement.

To cater to this issue, media planners buckets channels into 10 genres, days into weekdays and weekends along with dividing the 36 ad slots into prime and non-prime times. With this division, brands zero down on a 10*2*2 combination for targeting their potential consumers in a much efficient manner and subsequently increase the conversion ratios. However, such roots of permutations and combinations often undermine the efficiency of a media campaign. The problem that lingers with this granularity is that media planners have to manually enter various combinations in a tool which often limits the number of possible combinations they can opt for a campaign.

Further, as mentioned by the trio, the other prominent problem encompassing ad campaigns is arriving at an effective media plan which essentially means that a media planner may have a fair idea that an ad can go well in some specific channels. But he/she may not know that the campaign can do better in some regional channels at a much lower cost. Further, the new amendments from TRAI have magnified the problem as viewers get to choose the specific channels they want to watch. Owing to these issues, media planners are often in quandary to choose the optimum plan for running campaigns.

Zapr takes a distinct approach to address these problems. With Project Thanos, our team is working to reduce the media spending by close to 40 percent along with aiding brands to reach their potential consumers. Zapr has user-level viewing data at a huge scale which can be sliced and diced at a very granular level to meet the core objectives of a brand’s campaign. “We know what people are watching on TV at a particular time of the day.”

Leveraging Big Data, we have used genetic algorithms to reduce the inefficiencies caused by manual iterations. Inspired by the biological evolution theory of Charles Darwin, genetic algorithms aid in optimizing a brand’s marketing plans without compromising on their business objectives in terms of reach/frequency/impressions.

But why Genetic Algorithms over other algorithms?

In a nutshell, the accuracy achieved with Genetic Algorithms (GA) is much higher than the conventional ones. It is an optimization technique which navigates input values that can seamlessly supplement the efficacy of output. Leveraging the historical data available, GA can intelligently exploit the random search available and direct it into space where its performance can be optimized. Further, having multiple local optima and large numbers of parameters enables GA in getting results including crossover, mutation, selection, and fitness.

To get a more comprehensive picture of GA, let me give you an example. Picture this. You have a collection of alphabets and you want to make meaningful strings using these alphabets. These strings are individuals consisting of alphabets in a specific order to impart meaning to them. Remember, alphabets here represent genes.

A pool or collection of individuals is called a population. And during each iteration of evolution, this population is termed as a generation.

Then comes the Selection part. 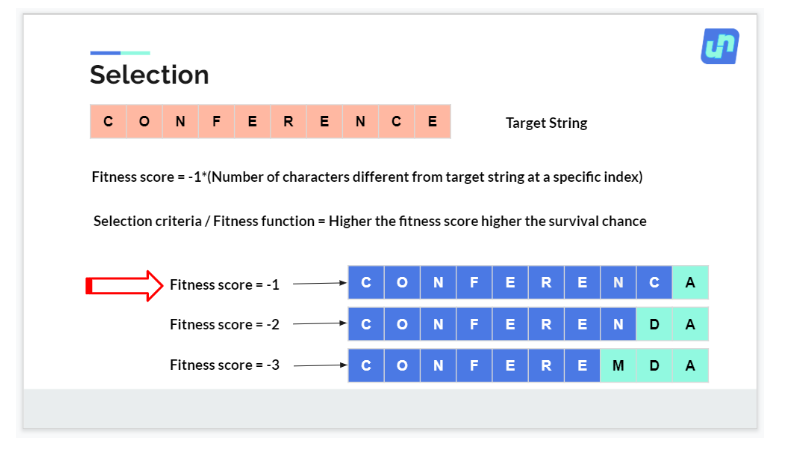 For selection, firstly have a clear idea of the target that you want to achieve. Here, the best individuals are picked on some fitness criteria and subsequently they undergo changes by crossovers & mutations.

To start with, initialize the population using certain individuals. Here, this population is referred to as a generation for each of the iteration. In the next step, we evaluate the individuals to examine their fitness values and based on the scores, the best individuals are selected. These selected individuals then undergo crossovers and mutations.

Subsequently, the entire population is replaced by a nascent set of offsprings to get a new generation and the lifecycle starts all over again. 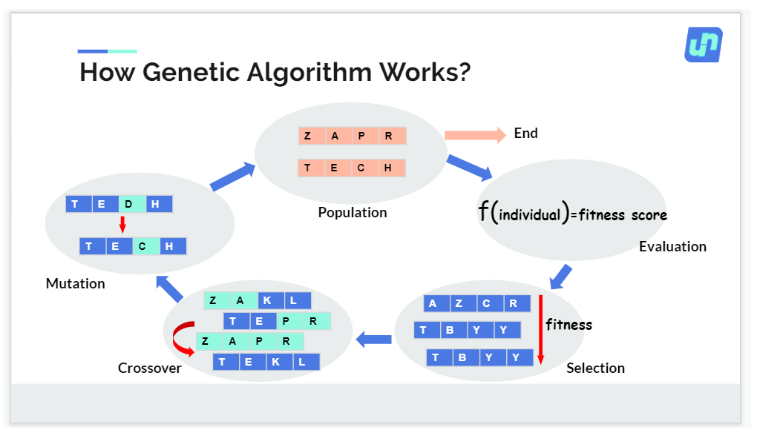 And as our Project Thanos team remains committed to fueling the development in MPO, we also promise to continually present you insights of the work they are doing.

In the next blog of the UNBUILT series, we will walk you through the rigorous work of some other project elucidated at the two-day event. Until then, email your doubts (if any) regarding Project Thanos.