Bala goes from Intern to Data guru: The Evolution of a Software Engineer at Zapr 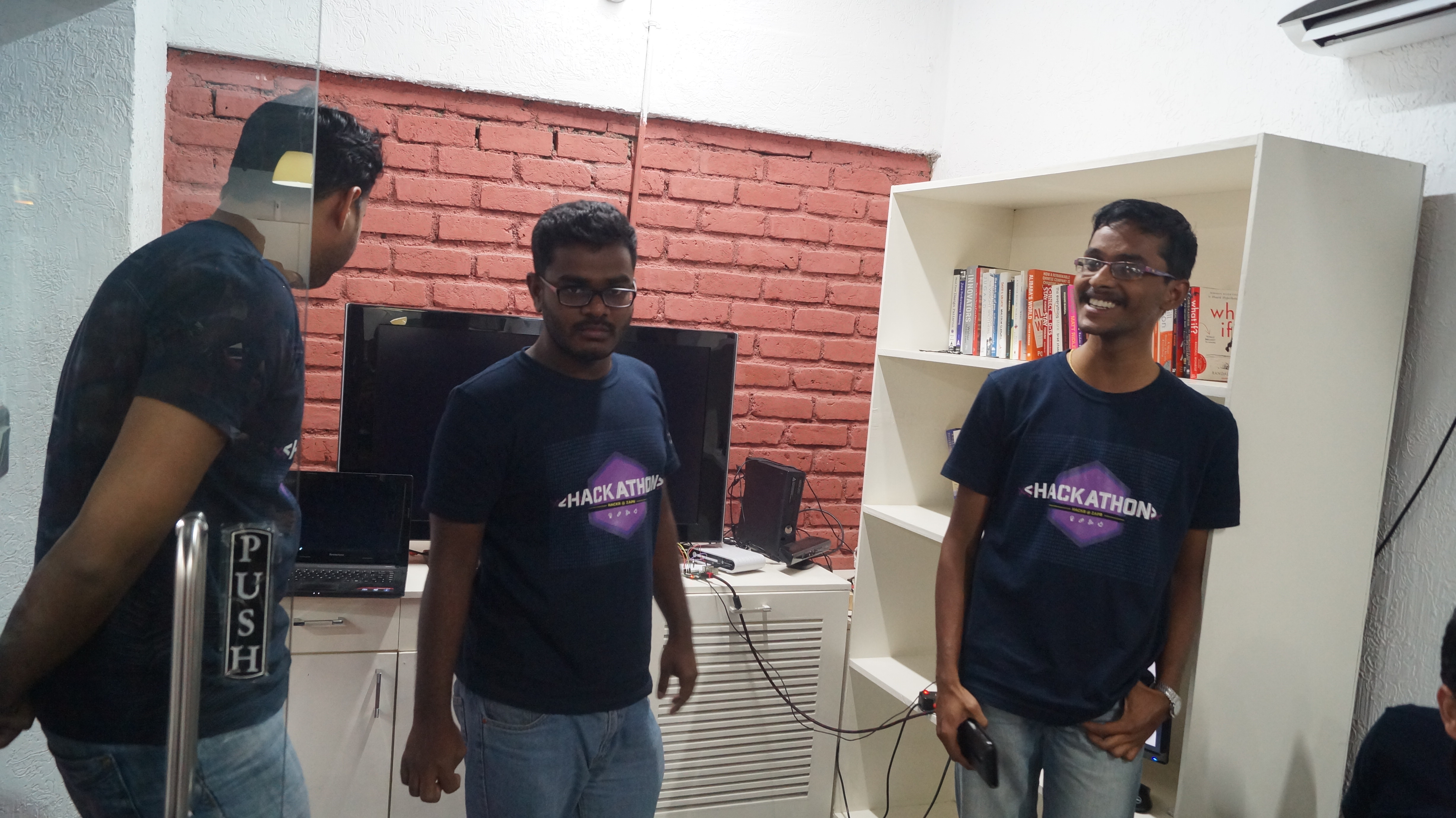 END_OF_DOCUMENT_TOKEN_TO_BE_REPLACED

Bala goes from Intern to Data guru: The Evolution of a Software Engineer at Zapr

Bala joined as an intern and helped build Zapr’s entire tech-stack from scratch. In four years, he's seen the complete evolution of Zapr’s double-edged SDK (Data and Ad-tech) and is certainly the guy for all things data. From good mentors to friendships to the wildest tech experiments, Bala has made an adventure of his life at Zapr.

My work at Zapr began with Android apps, something that I’ve never worked on before. Everything that we built, we had to start from scratch, many of which entered the market almost  immediately. In just four months since joining, I felt that I had learnt so much more than my peers at my college. We were also switching multiple offices from basements to shared spaces until we moved to our own office.

I just knew Zapr was going to be an adventure for me.

The first thing I worked on was a Zapr app which measured how people watched ads on TV; users had to login from Facebook, connect with friends and have conversations about ads and TV shows. Back then Facebook Android SDK was still at quite a preliminary stage of development, so each change they made on their platform meant that we had to change too, and this was too much of a dependency.

Then we had an idea that changed everything: we could simply modify Zapr technology as an SDK that  functions independently on other apps and get the same data we need. This way we wouldn’t have to worry about maintaining an entire app with its many convoluted sections. Instead, the SDK automatically syncs with our server and runs continuously across many apps and servers.

Getting the real deal:

We integrated our SDK with mobile OEMs and publishers; this way we were always live through several apps and controlled everything straight from the server. The problem with this was Android’s application policy didn’t allow multiple Zapr processes to run at the same time, so we had to run on a handshake policy. Our tactic was to assign a priority  to the application that integrated our SDK so that if other applications with Zapr SDK have similar priorities, it became easier to win bids. We filtered everything down to bare minimums and asked only for permissions that were absolutely required.

At the same time, we started building the ad-tech platform from scratch. None of us had any prior experience, so we began by reading open source libraries, installed a couple of machines and tested our codes on them. Initially, we ran our campaigns on third-party mobile ad servers but soon we shifted the whole process completely in-house and fully controlled the combination of our data with ad-tech.

The learning was hugely experiential for me and that kind of thing really sticks, for example, if somebody asks me the name of a server and what it does, I can even tell them in my sleep. I’ve also come to learn that managing systems are much harder than developing them. When one person uses a tool, things are quite ok. But if three people start using it, new issues are definitely going to rise. 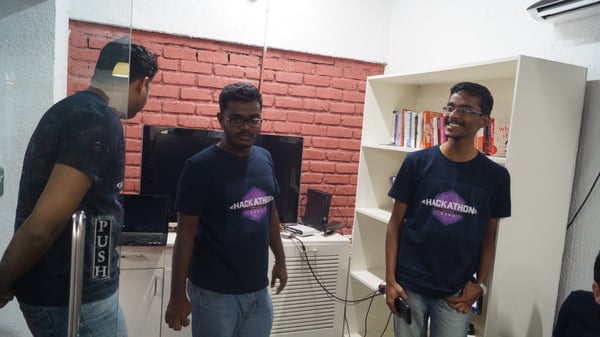 (Bala having a fun brainstorm session at Zapr Hackathon)

Once we fully integrated with distributors and publishers, the next step was making sense of all the Big Data we were collecting on a daily basis. That’s how I made the transition into Data Engineering, another area I had never explored. Initially, we sent out data reports to Nielsen and other research agencies who gave us feedback and helped us shape the way we profile data.

Now my work is completely focused on Data core platform to ensure a smooth running of all data-related work. If there is something wrong at any point of Zapr’s data funnel, which is basically anywhere, my job is to understand whether they impact processes behind or in front, and fix them end-to-end.

Since my role is pretty cross-functional I’ve made some good friends, some even unexpected. One important mentor for me at Zapr is Sharan, VP of BD and Alliances, who literally taught me how to be more confident and make people understand what I’m doing. I even organized the first FIFA tournament where we actually got all Zapr employees to play and bond with each other despite work crunch lines. From Xbox sessions to talks about the Stock market to Cricket, I have a person here at Zapr. 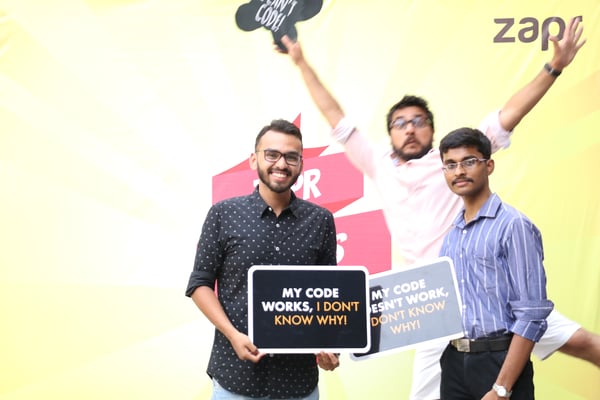 Moving forward, we plan to integrate with Android TVs, both offline and online, which would resolve much of our problems with mobile such as battery consumption, since TVs are always powered on. Another challenge is making consumer predictions, to figure with near-perfect accuracy what people are most likely going to watch in another month or so.

We’ll have to expand across different media platforms like movies and radio, and even online streaming apps. Data will be much larger, we’d have to create more complex ways of profiling people’s consumption behaviour - machine learning will definitely come into play. These are exciting times indeed. 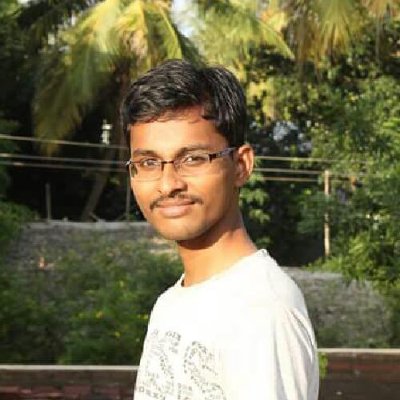 Join Bala and other software developers in building world-class technology at Zapr Media Labs! Check out our team page and get in touch with us: http://bit.ly/2zapr-team-careers.

If you know other people who’d make a great fit here at Zapr, share this article and let them know we’re hiring!

How Atreyee Dey redefined both Big-Data problems and Gender Norms